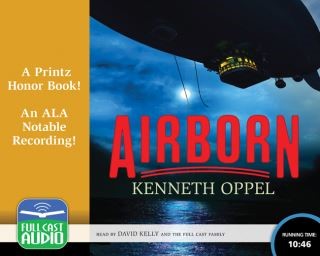 This swashbuckling adventure is set in a world where great airships ply the skies-- and where there are unknown lands and strange creatures to be discovered.