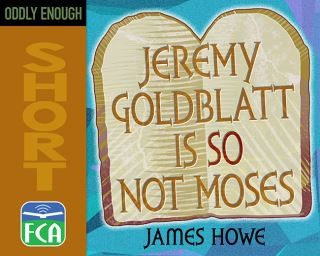 Jeremy Goldblatt is So Not Moses

Both funny and moving, this story of a most unusual Bar Mitzvah beautifully captures the spirit of one of the most important days in a young man’s life. Featuring a special guest appearance by author James Howe himself as the rabbi!

James Howe: James Howe has published more than seventy books for young readers, including the wildly popular Bunnicula, which, along with its sequels, has earned children's choice awards in eighteen states. His other books include the Sebastian Barth mysteries, the Pinky and Rex read-aloud series, and The Watcher, a highly acclaimed young adult novel.